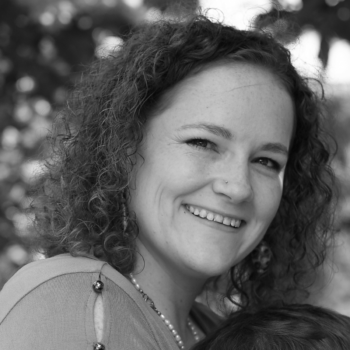 Alexis is a determined wife, mother and self-proclaimed “social butterfly” who has been living with autosomal dominant hypocalcemia type 1 (ADH1) for over 25 years. She had her first grand mal seizure at six months old, which triggered a hospital visit and a diagnosis of hypoparathyroidism. The cycle of hospital stays due to seizures characterized by violent muscle spasms and loss of consciousness lasted throughout her early and middle childhood. Although she was out-going, her frequent hospital stays made peer relationships difficult, especially because children her age had trouble understanding her condition. By the time she was 12 years old, the seizures stopped, but Alexis suffered from high blood pressure and calcification of her kidneys. “I lived in the hospitals…I went into hospital from when I was six months old all the way up until I was 11. I got to the point where I knew my health issues. I knew exactly what to say.”

Alexis received the ADH1 diagnosis before initiating a new treatment regimen when she was about 15 years old after multiple interactions with doctors, countless tests and various treatments: “When they did the genetic testing, they told me I had one of the rarest [rare diseases]… I told them my story. And the doctor pretty much looked at me and said, ‘I’m surprised you’re alive!'”

Alexis has always been determined to pursue her passions. While hypoparathyroidism caused her to fatigue much faster than her peers, she pushed herself and became a cheerleader in high school. Though the grand mal seizures Alexis experienced from six months to eleven years of age caused her to develop learning disabilities, she put in the extra work to meet with a tutor every morning so she could succeed in her education. “And I still did it even though there were days I couldn’t get out of bed. I craved that, wanting to be a kid. I was still hurting. But it wasn’t like I can’t move, I can’t do it. …I just had to hold on to hope. I couldn’t let it go. I had to keep going.”

Despite being told by many of her doctors she would never be a mother, Alexis and her husband have two young sons – Jackson and Joseph. Throughout her pregnancies, while she felt healthier, Alexis dealt with fears of own mortality and of the child inheriting the gene mutation that causes ADH1 “…when I was told I was pregnant with Jackson, I was actually terrified because all…I’ve heard was, ‘You’ll die if you ever have kids.’ And I was so scared. And it took [my doctor] to say, ‘Alexis, it will be okay.’”

Today, Alexis lives in pain, but is determined to live through it. She wants people to know that the consequences of ADH1 can be challenging, but there is always hope. ”I feel like I got through the toughest parts when I was younger…Nowadays, I just – I have everyday pain. It feels like I have arthritis in my whole body. I get kidney pain all the time. But I’m able to live with it. I want people to be more aware of what this condition can cause. It can cause long-term stress on people… And it’s really hard to keep going…there are ways to help and ways to keep on going.”